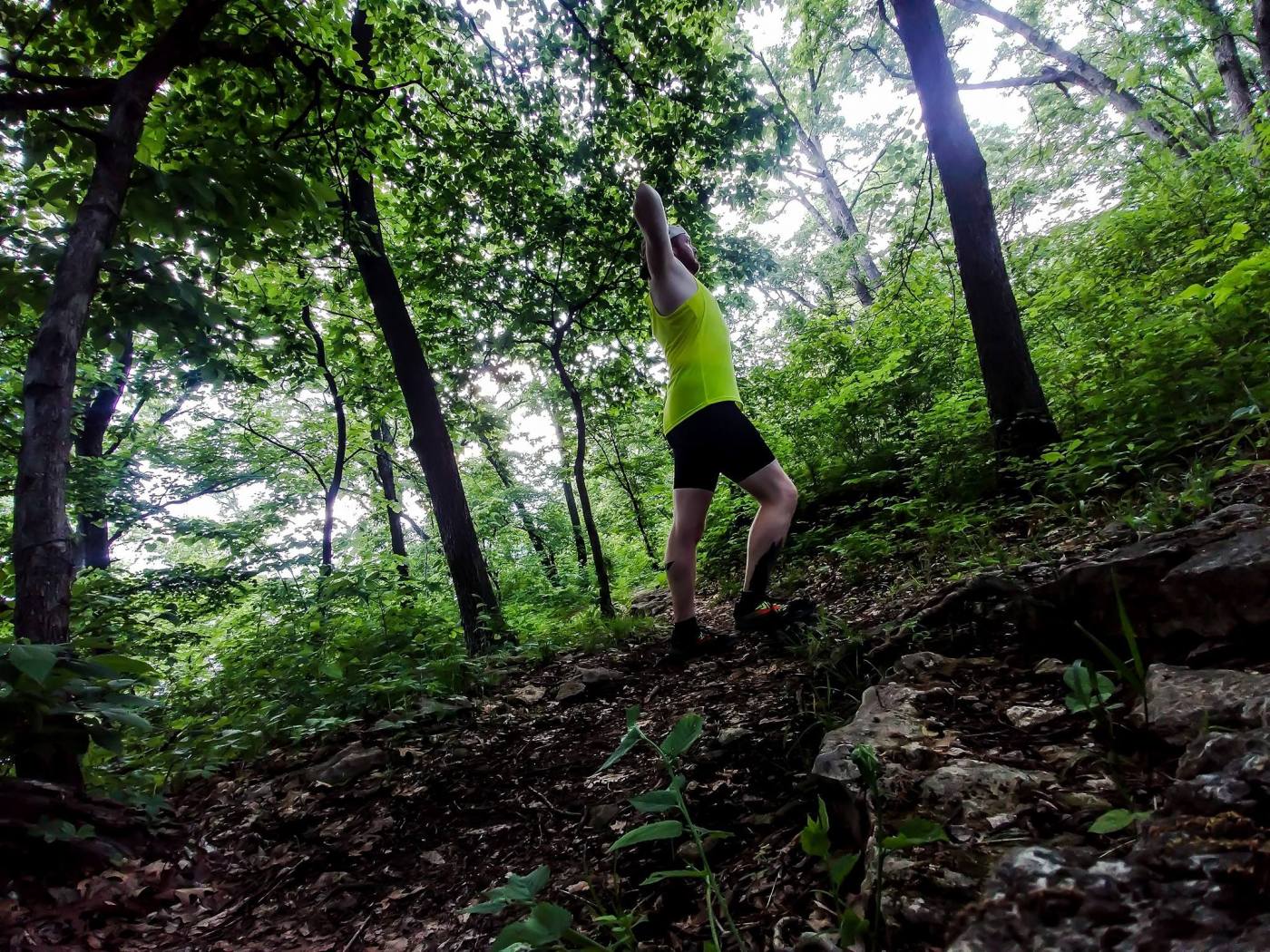 I told myself for years that I wouldn’t be like them. For ages, I listened to the voice that said, “You’re just putting on a show. You’re just acting. You are just being…dramatic.” I wiped out any notion of any problem, quarantined myself from my own reality, and faked it until I made it into the society that I currently reside in.

Honest: I was lying.

Honestly: I was scared.

Jump back to last year. A warm day at school, a few lingering fears of information gained over the summer, and as the story went it, I wound up with a one way journey into an ambulance with a…wait for it…”panic attack”.

Yes, a panic attack. That simple concept that I had programed into my own brain as just being a ‘thing’ that people added with their lines of anxiety, depression, eating disorders, and all those other things myself, some good Christian, obviously would never have to deal with. After all, Philippines 4:13 was all I needed according to three dozen mission trips, sixteen church camps, and at least one hundred and twenty three vacation bible school lessons to know that as long as I kept focus I would not have any of “those issues”.

Christmas night I walked out of Applebee’s into the parking lot because I had forgotten how to swallow.

A misdiagnoses, or something that was just ‘in their head’ is the sin that I lived with for years. Dismissing the notion that those who heal do not come in just the way of the physical and spiritual, but the mental component as well. I am trauma sensitive teacher, of all people I should be well aware of all of this. Selfishly though I refused so much of it and added it to the growing belief of “this generation” or “those kids” or…dare I say it…”hipsters, who wear their emotions on their sleeves”. It was not for me, it was for them, and I would ensure that my entire life would be spent silently judging those who made such audacious claims. They obviously weren’t Christian enough.

Four weeks ago I apologized to my 5th hour class because I could not focus, rambled a mile a minute, worked with a fidget-cube, and made a complete fool out of myself.

My wife and I live in opposite spectrums of this tempting topic of conversation. She is an advocate for mental health, seeking out assistance, and relying on others for help. Myself? A few Sunday’s in church and a few extra miles in the woods, and everything would be solved without the necessity of involving peers with your own problem. After all, why should anyone else care about problems that are just in your head?

Last Tuesday night I found myself curled up on the garage floor.

The truth is…I am not Iron Man. Even more crushing is the truth that I am human, and the concept of humility has been weighing on my own soul for months. I’m flawed, arrogant, and at times manipulative. Like everyone else, I struggle with self-image. Unlike some others, I choose to air it out in the open in hopes that someone can read my own thoughts and connect to themselves and their own life.

The truth is…I am not God, and we’re all in a better place because of that. I am not omnipotent, but I struggle with acting that I am. I don’t have idols that I place before God…except myself, and its painful and humiliating to type that out for the world to see.

This morning I rambled for fifty minutes, without stopping, to Sabrina, who listens to all of my thoughts.

I am not typing this in a way of self-diagnosing of any mental awareness issues that I can conjure up (enough people, jokingly, have done that for me in the past as is). However, I am confessing and admitting that I am a work in progress. Additionally, I also am stating clearly that if we think God places people in position to be doctors and nurses because they have the gift of healing; we should probably accept the same concept for individuals who focus on the mental wellness as well.

I am out of control.

I sought out help. It wasn’t a phone book kind of help. It was discovering the people closest to me that go through the same process. For some it’s depression, for some it’s anxiety, and for a few it’s anger management. Once the connection was made, “Oh! They are like me in some ways, and they rely on others for help.” Suddenly, and to no surprise, the wisdom of my elders finally caught hold of myself. I did the search because my faith is so important to my own life, I had to make sure that it was comfortable…and safe. I needed a safe place to just be me and put down all the masks and the hats. As the sessions have continued and my own life has be deconstructed before me; I am left with so many fragmented pieces of identity that its hard to believe that this fragile individual wasn’t shattered years go.

I struggle when I cannot control the scenario, situation, or society around me. I have to have reality bend to meet my needs.

Bless the soul that listens to my voice and choices to interact with me at our sessions. They are the right person at the right time; highlighting the truth that I hate to accept. I can’t stand not being in control. This sounds…standard…for many people, but in some ways it has been taken to the extreme. If I am not in control of my own scenario, in order to feel safe I switch into my own defense mechanism (we all know this, base-level psychology of fight or flight). The problem is knowing that I do not fight back, I do not become angry, I do not flee, run, ignore…I attempt to regain control. What ‘control’ looks like in my own mind. Meaning, in so many cases throughout my life, I have manipulated on a mass level just to justify and extinguish my own fears.

Example: A year and half ago I slipped on some ice while outside of my house, cracked my head up during an ice storm, and had to call the ambulance to pick me up while I was bleeding all over the sidewalk. Heavy stuff. Obviously, I had no control of the situation. That lack of control turned into a panic attack waiting for the police, hence the hyperventilating, dry heaving, and upset stomach (these were all noted in the report at the hospital). The reactionary piece to this is knowing that I had to get back in control of this situation. What does control look like? It looks like doing whatever is necessary to get people to forget about my mistake and my wound. What better way than taking a selfie of myself smiling in the ambulance on route to the hospital? I posted it on Facebook, it received a ton of attention, many good jokes, and just like that from peoples reactions I was able to justify to myself that I was back in control of the situation (even if in all honesty I really wasn’t).

It is a lot to process when someone explains all of that to you in one moment. You feel like you’re splayed open for the world to see the clockwork inside and why the gears are perfectly meshing in sync. It is a new dimension to my own humanity.

Why am I writing this?

Imagine that your life is set to a dial every single day, 1-10. 1 means you are at complete peace, you are focused, and you are manageable for all the requirements of your day. 10 means that you are so focused it is borderline obsessive, and you cannot miss a single detail. Imagine that you are addressing students in a classroom, and some events leading up to the class period, dialed you up to a 10. You are trying to focus on their instruction and getting them started…

…and then a student walks down the hallway and accidentally drops their iPad
…it makes a noise
…they pick it up and move on
…you do not
…you now have the urge to discuss why the iPad made the noise that it did
…it was a hollow “CLAP!” sound
…that means it did not land on a corner
…that means it did not land on its back
…that means it landed faces down, flat, against the tile surface. The case that the iPad is in causes a enclosed pocket of air between the screen and the tile floor because the case is raised versus the iPad. That area of air is not different then the sensation of when you clap your hands together.

…and you have to figure out that entire problem as fast as you can. Every day you have to dial yourself down before walking out of the house, every moment when something is out of your control you have to keep yourself dialed back from hyper-analyzing every detail around you.

My persona was split in half on whether or not to write this out. Perhaps my history of arrogance is haunting me, and this is my own confessional way of admitting to my many, many shortcomings and some of my own problems that have to be dealt with on a daily basis. I love my brain and its absolute, absurd weirdness. I am also trying to love who I am, and reaching out to the right people at the right time that God puts in place to help me along this insane journey that I am 30 years into.